One of my teammates introduced me to Jeff at the beginning of my second year with the Wings.  As I remember it was for a neck problem that had been bothering me for quite some time. Jeff was able to get rid of the pain quickly and I was so impressed that I continued to see him whenever I had an injury, as did most of my other teammates. I am very glad that I found Jeff and trigger point therapy early in my hockey career. As we say in Sweden, Tusen Tack Jeff!


​I first started seeing Jeff Watson back in the early nineties. I had developed back pain that was preventing me from playing on a regular basis. I was frustrated and it was looking like my baseball career might be cut short. The head radiologist at Henry Ford Hospital referred me to Jeff, and he was able to quickly solve my problem and get me back on the field. I continued to see Jeff for all sorts of sports related injuries until I retired. I feel fortunate to have found him.

-Alan Trammell, former Shortstop and Manager for the Detroit Tigers

I discovered Jeff Watson back in the late 1980’s. I had a hip flexor pain that was preventing me from kicking the ball more than 15 yards. Luckily, because this was during a strike I didn’t have to kick in a game situation. I saw Jeff and he fixed the problem and I was able to return to full strength. I was so amazed with the results that not only did I continued to see him for other injuries, but I also referred all of my teammates to him. We were so impressed with his abilities to solve and fix sports injuries quickly, that we flew him into Washington D.C. for our 1991 NFC championship playoff game. I was fortunate enough to play in the NFL for 19 years and for seven different teams. I always used a sports massage therapist on every team that I played for and Jeff Watson is head and shoulders above the rest!

I first met Jeff when I signed a contract with the Detroit Red Wings back in 1992. He came highly recommended by former Red Wing great and dear family friend Bill Gadsby who had been seeing Jeff for a number of years. I had chronic back problems that needed surgery back in 1990 and needed lots of “maintenance” post-surgery. Massage and trigger point therapy was a must for me to be able to continue to play professional hockey at that stage of my career. I had a regular appointment scheduled with Jeff to manage my ongoing disk issue and reduce the number of flair-ups. Although this strategy did notably reduce the number of episodes I had, sometimes my back would still go into spasm from the physical demands of playing the game. Jeff would be able to rid me of much of my pain in one of these “emergency visits” and get me back playing sooner than anticipated. Jeff also helped me out with other painful injuries besides my back and having someone who is capable of ridding oneself of pain, is worth its weight in gold. My experiences with Jeff have been so positive over the years that I would often bring in my father Gordie Howe when his back would go out on him. And to this day, my son Travis continues to get therapy from Jeff as well. We all thank Jeff for his years of improving the quality  of our lives.

When I played for the Detroit Lions I was introduced to Jeff Watson by a teammate for a hamstring injury I had. Jeff was able to quickly help me get back on the field and I recognized that his outstanding skills were something that I needed to incorporate into my personal training regimen. If you’re going to compete in professional sports, you have to have the top doctors and therapists in your corner. This is because when you’re injured you have to be fixed “by yesterday.”  I told Jeff that I was seriously thinking of kidnapping him and chaining him to my weight stack in my basement. That way I wouldn’t ever have to worry that something bad might happen to him, and then I’d be left without his therapeutic talents. I never did follow through with the threat, but I did continue to see Jeff for fast and successful relief for a multitude of football injuries.

I am a former touring tennis professional and current teaching tennis head pro. I’ve had the opportunity to both travel the world and receive physical therapy by many great massage therapists. I’ve never found anyone as proficient as Jeff at diagnosing my issue and getting me up and running pain-free in a short period of time.

I highly recommend the services of Jeff Watson because he helps you get back to your training without much downtime. He focuses on the issue, and helps you recover from your injury fresh and ready to take on any athletic endeavor you may have.

Jeff has a very solid foundation in the fundamentals of musculoskeletal physiology. This allows him to quickly move from diagnostic impression to solid therapeutic treatment plan, and proof is in his excellent results. My patients thank me for the referral, and in turn, I thank Jeff.

Coming out of dental school I already had the beginnings of back problems. I credit Jeff’s expertise and ability for me never missing a day of work in the 25 years he has treated me. This was after having a negative experience with a chiropractor. He also has helped me recover quickly and effectively from a myriad of sport related injuries I experienced over the years. I highly recommend him to anyone in need of muscle, neck and back related therapy.

I went to Jeff during a bout of acute back pain. As a physician, I was impressed by Jeff’s knowledge of physiology and anatomy. He took the time to thoroughly evaluate me and develop a treatment plan. The results were great, with just one treatment I was back on the tennis court within a week! Historically it would have been a three to four week ordeal to obtain the same outcome.

I have known of, and endorsed, Jeff Watson for many decades. He has been recognized as perhaps the pre – eminent massage therapist in Southeast Michigan by many in the medical community. I have never heard anything to the contrary. He specializes in “Trigger Point Therapy” – which provides relief from deep and painful muscle spasm, in virtually every part of the body where skeletal muscle functions. He is not a physician; but his keen knowledge of anatomy, his unique sense of normal bodily structure and movement and his uncanny capacity to listen to an individual in muscular distress – all together allow him to be an astute diagnostician. This then leads him to explore, find and attend to those muscle bundles which are in spasm and can induce exquisite pain and limited range of motion. He is kind, thoughtful and respectful to men and women alike. He has brought relief to many who have been in distress and even to some who believed that certain highly prized activities were no longer available to them.

I have been going to Jeff Watson for several years, and as a physician I am frequently impressed by his knowledge of musculoskeletal anatomy. He was able to assist me with a loose sacro-iliac joint that, when knocked out of place would virtually paralyze me with pain. I have not had a single episode of crippling pain in the area since seeking his help for the problem. Each time I visit, I point out an area of particular concern and Jeff is able to address it accurately, professionally and successfully.

I have been treated by Jeff Watson several times for low back pain - he is truly a miracle worker. Subsequently because of my positive experience, I started referring my myofascial pain patients to him with wonderful success.

For more than 30 years, Jeff Watson has helped me through a mulitude of musculoskeletal problems. His skills combine an incredible knowledge of functional anatomy with years of experience, resulting in his ability to quickly
diagnose and treat both acute injuries and chronic problems. He has never failed to relieve me of my pain.
I have referred numerous friends and patients to him over the years with similar success. Neither my wife nor I would ever consider going to anyone else for hands-on therapy. Jeff is kind, compassionate and intuitive. He derives tremendous pleasure from helping his patients.

Jeff Watson has been over the past 30 years my go to guy when my body is out of balance and I am in pain. He is a great diagnostician and clinician with musculoskeletal pain and dysfunction. He usually gets me pain free and back to work immediately with a minimum of expense and treatment. Most important he always gets it right. I trust Jeff completely and give him my highest recommendation for anyone seeking relief from musculoskeletal pain.

I am a retired orthopedic surgeon so I am well acquainted with musculoskeletal pain. I had injured my low back from an awkward golf swing which had left me almost immobile. I was positive that my golf game was done for the rest of the year. Fortunately a fellow physician and golf buddy referred me to Jeff.  What he did for me was absolutely like a miracle. I was practically unable to walk at all, not to mention swing a club. After just one treatment I had absolutely no pain and was able to hit the golf course the very next day!

I had my first treatment with Jeff in the mid 1990's when I had sever unrelenting low back pain. I had gone to two physicians who were unable to help. Jeff fixed me in 30 minutes. I have been referring patients ever since. Jeff has phenomenal knowledge of the musculoskeletal system. He is able to quickly key in on the problem and treat my patients with great success. 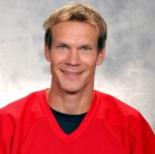 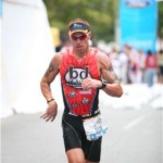 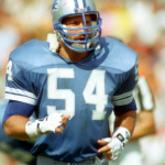 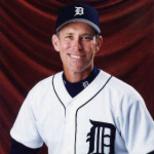 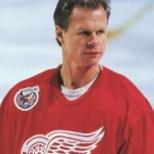 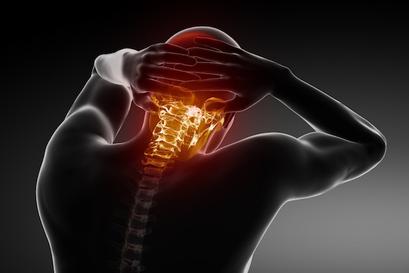